Our mission is to educate kids to live for Him with love, integrity, virtue, and excellence.

We are now accepting applications for the 2023-2024 school year. 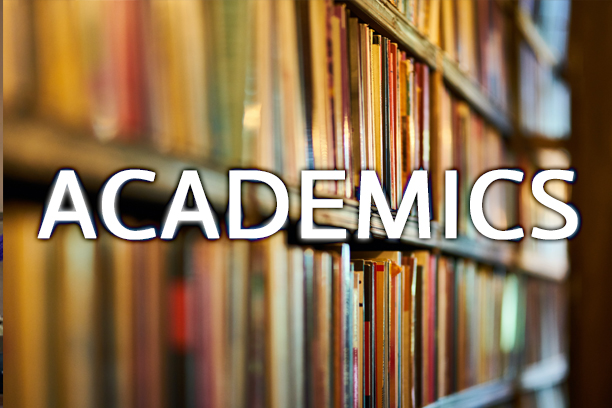 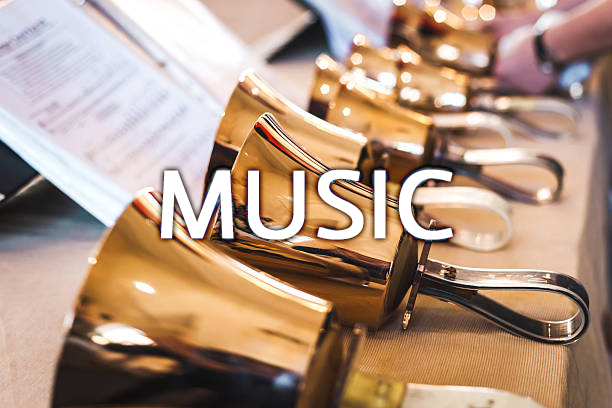 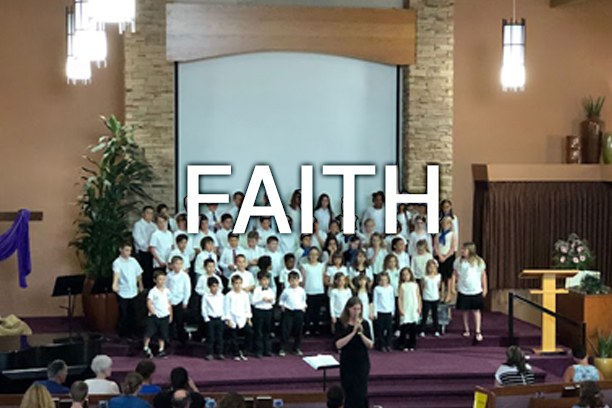 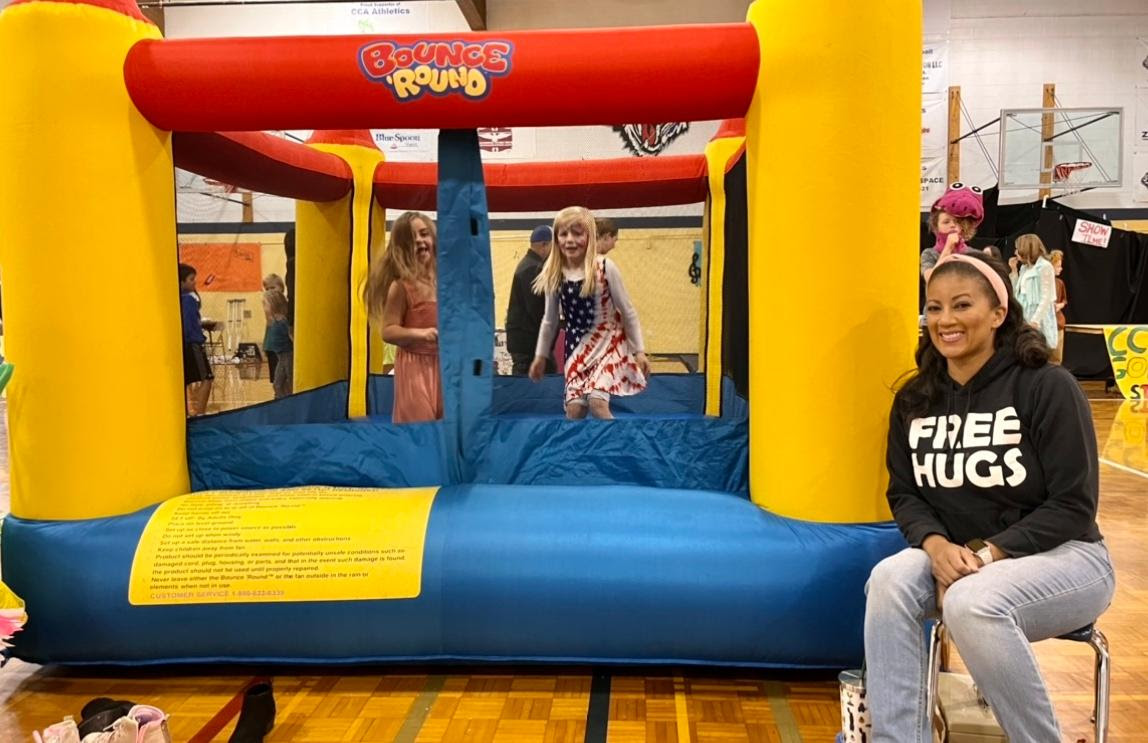 By Kasey Bais
The theme of this year’s Fall Festival was children’s books. Each class planned and hosted a booth based on one of their favorite books. Boy did they get creative!
The 2nd graders chose the Dr. Suess classic Oh, the Places You’ll Go, and partnered with Flying L Farm to host a fun petting zoo. There was a wide selection of animals, including a cow, goats, bunnies, and more!
The kindergarten class chose a bouncy house for their booth, which stayed busy all day. The 8th graders hosted the box maze, a yearly staple in the festival fun, based on their book, Pete the Cat. There were many other exciting booths as well, including a mini theater where students performed a small production, a golf putting booth, and food booths that served delicious treats ranging everywhere from spring rolls to Italian sodas.
Celebrating the spirit of the event, students dressed in costumes to bring the books to life. Some of the favorites were Music Teacher, Cheryl Gabel, as a caterpillar; and Jenesis Hetterle as The Man in The Yellow Hat, along with Rachael Carter as Curious George. There was also a pie-eating contest with some pretty fierce competitors.
“CCA families came out in amazing support of our Fall Festival”, said principal Gates. “It was an event full of so much laughter, joy, and connection.” CCA would like to thank everyone for their support of this year’s event. We’re overjoyed to see students getting excited about next year already! 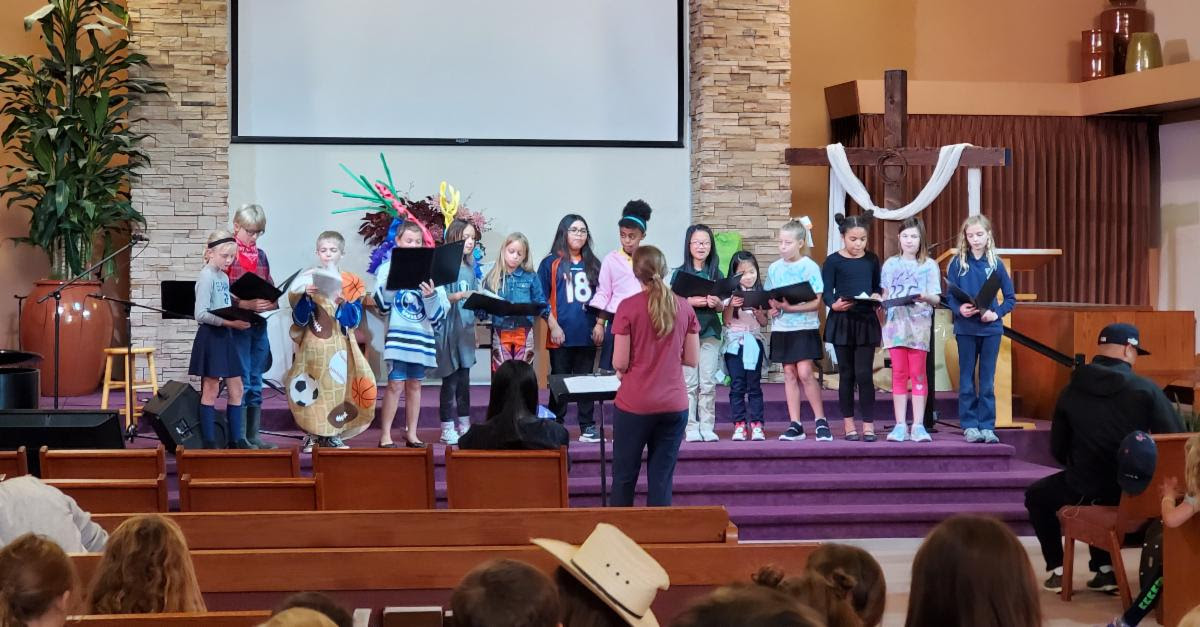 On the third week of October, Cascade Christian Academy took part in our annual Week of Worship. This year’s theme was BRAVE: Be Real And Value Eternity. Our key speaker was Pastor Stephen Farr from the Pendleton and Pilot Rock churches in Pendleton, Oregon.

Some of the events we enjoyed during the Week of Worship included the CCA high school praise team leading the worship music; daily skits led by the drama group; and the elementary choir performing “Get on Board Little Children”. Pastor Farr presented his personal story inspiring our students to continue chasing Christ every day to become BRAVE ambassadors for Him. 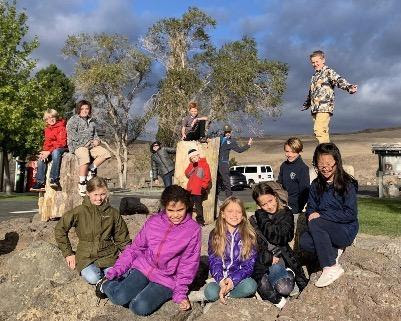 Ginkgo Petrified Forest
By Grace
The Ginkgo Petrified Forest was named when the first ever piece of petrified ginkgo wood was found there.
There were many types of petrified wood. The wood was formed from lava going over the logs in the water. There were lots of swampy places there. In science, we learned that the logs probably got there because of the flood.
The Ginkgo Museum Tour
By Dempsey/Kyson
Ginkgo is a type of rare wood that people plant. How is Petrified wood made? There are different ways to make it. One way is if a tree is in a swamp or a pond and the wood under the water is covered with lava. Sometimes the wood turns to coal.
What was the best part of the tour? The movie. It talked about petrified wood and where the first Ginkgo petrified wood was found.
About the Petroglyphs
By Kellan
At the start, we saw a ton of engravings made by Native Americans. Most of them looked like they were elk or bighorn sheep. Some even looked like they were of a man with feathers coming out of his head, and others had arrows and spears. There was also a big sun.
Fun Facts: The petroglyphs were all found by the Columbia River. They would have been underwater because the dams raised the water, so they moved them. There is also a road under the river.

Ready to Take the Next Step?

The enrollment process begins with a free Educational Success Introduction, which includes a school tour and a meeting with our principal. It’s a great way for CCA and our prospective families to share educational, spiritual, emotional, and physical goals for our students.
Schedule Tour

I really appreciate the math enrichment available for my son. I like that he is being challenged in a fun way. I love that Jesus is in the midst of everything they do all day long. I love his teacher, how she is nurturing and fun and is passionate about her job. I love that they start the week with chapel, start each day with worship and I love the Friday end-of-the-day routine!
Tina W.

I like RenWeb and being able to check on my son’s progress periodically and the notifications it sends. When he has something that is negatively impacting his grades it makes it much easier to be proactive and informed rather than reactive at report card time. I am pleased with my son’s educational adventure.
Lance H.

I am sad to see my family’s time at CCA come to an end. I have expressed to Mrs. Gates and several teachers how blessed we feel to have been able to have our sons graduate from there. In our current culture, CCA is most assuredly a light in the darkness. The teachers are phenomenal, the education is rigorous, the staff always helpful – our observation is that all staff are committed to doing the best for the students who are there, and the advantage of the Christian, Godly influence is a value that can’t be counted. That has been a blessing for our sons and our family.
Debbie H.

CCA exceeds our expectations in how well they communicate with parents. We feel very informed of school events, expectations and how our son is performing. Teachers are quick to respond to emails and honest about behavior and performance. We really appreciate that.
Alicia S.